I took a walking tour of Historic Harlem today with Big Onion Walking Tours.  It was ok – not as good as the Greenwich Village walking tour I took last year through the same company.  I learned some things however.  One thing I learned is that the name ‘Manhattan’ comes from the Native American people who lived here before settlers came, who called the island “Mannahatta” which means “land of many hills”.  This is mainly for the northern part of Manhattan, which actually does have many hills!

The picture below (my photo of the day) is a basketball hoop on the side of the building that used to be the Renaissance ballroom – on Adam Clayton Powell Jr. Blvd.  It was a major mecca of Harlem nightlife in the 1930s and is now a pretty much dilapidated building, which as been bought by the Abyssinian Development Corporation to be revamped and turned into something new.   Oh… and another thing I now TOTALLY want to do while I live in NYC… Amateur Night at the Apollo!  Every Wednesday night baby… they still boo you off the stage if they don’t like you!  Fun!  I’m totally planning a night to go see this live in the near future. 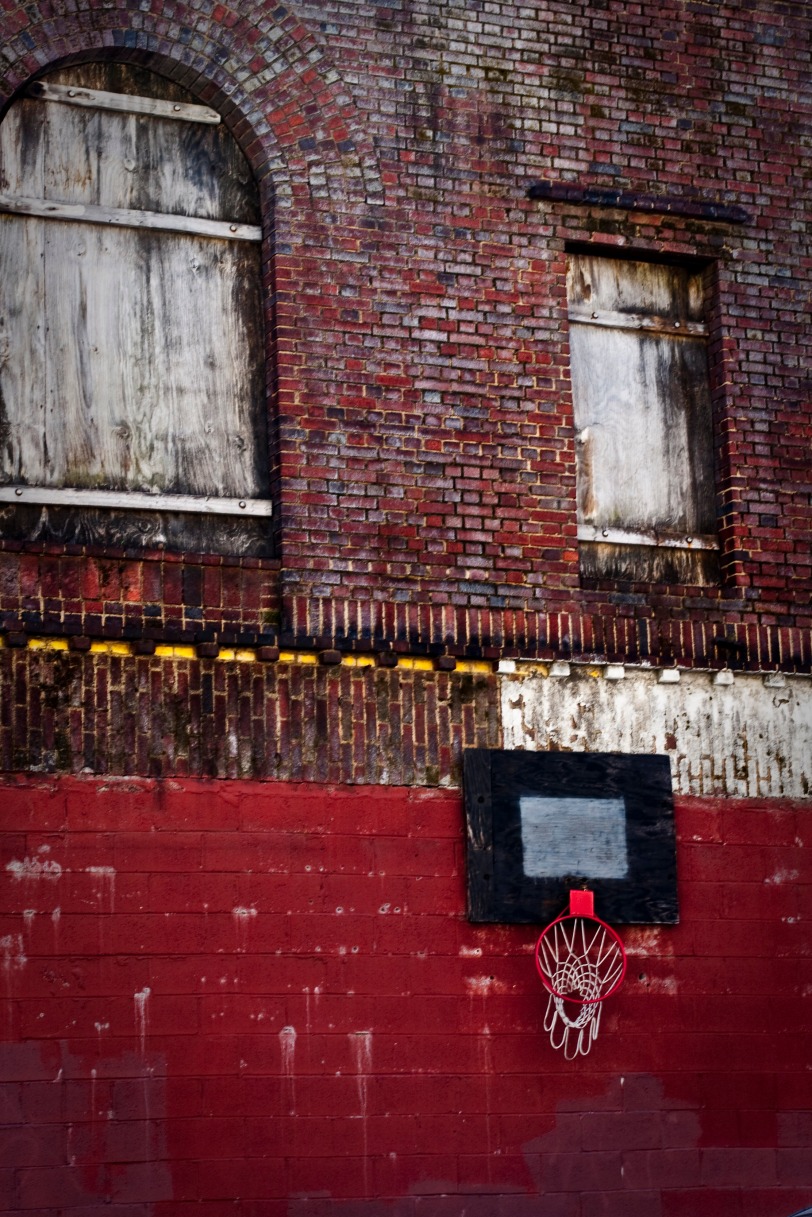