While it’s nice to take a few days off of blogging (a mini mind vacation), one problem, is that after a few days of not attending to nellsdish, I am suddenly faced with DAYS of unsorted, unedited photos to tackle – along with the hovering feeling that my next post needs to be really good to make up for the days I didn’t write anything.  That’s where the procrastination comes in.  It’s happening right now.  I procrastinated last night by cleaning up the apartment a bit and preparing dinner – then I ran out of time before I had to leave for my first portraiture class.  Then there’s this morning… I’ve already snoozed the alarm a couple times, made myself breakfast, read a few articles in The Week, checked my email (multiple times) and now I have one hour before I have to be out the door!  Oh procrastination… how I allow you to manipulate me!

So, before I run out of time again, let’s get down to it!

This weekend in the Hamptons was lovely… not exactly restful (we were hanging out with a five-year-old and a three-year-old most of the time), but lovely. 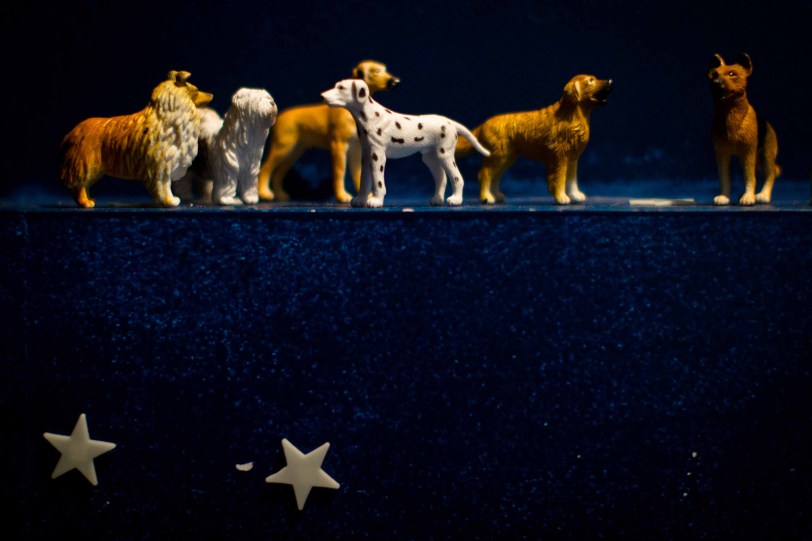 I took this photo while lying on the ground/yoga mat in the kids’ club house – a storage nook off one of the rooms that has now been painted to look like outer space.  There are glow-in-the-dark planets and stars all around and lots of space-themed toys.  It’s pretty awesome.  Five-year-old Nell was a tad jealous.  These dogs belong to Zoe – we didn’t play with them, but I loved the way they were all set up on this ledge as if having a little doggy gossip hour.  I asked Zoe if they were “space dogs” – I mean, were in outer-space and all.   She answered me as if I had said something completely ridiculous.  “No – they’re just regular dogs!” – of course.  I’m the weirdo.  🙂

Here, were were at the children’s museum.  Zoe was playing in front of this giant mirror and man… the photo ops were aplenty! This is one of those situations, where I wish I had all day to set up shots and play with my settings to get the perfect photo – the potential for amazingness was HUGE.  But, as we were indoors with weird lighting and my subject was a three-year-old in the middle of a children’s museum (taking photos with me was NOT the priority), I had to take the two minutes I had and run with it.  I managed to take about six of these reflection shots and this is one of my favorites.

I learned an important lesson this weekend.  When you have little children, who wake up at six-thirty and want to immediately play with you, caffeine becomes your very very good friend.  Not to say that Adam and I woke up at six-thirty.  We were able to sleep in – but I can see that coffee maker gets a LOT of use.  You can probably fit about twelve shots of espresso in that mug.

I love this little pout.  She looks like she’s got a lot on her mind – right?  Staring out the window, reflecting, deep in thought.  So cute.  I’ve been playing around with the “split-toning” function in Lightroom a lot lately.  This shot and the coffee shot above are examples.  You can make the photo black and white, but then play with some color in the highlights and shadows to give you a different look.  I like it.  I guess it’s just about finding the right tone to compliment the mood of the picture and using it sparingly.

Ok – so now I have ten minutes to get out of the house and I’m still in my PJ’s!  Gotta run!  More later!